Celebrating a life … while the patient is still alive

An email arrived recently from a friend — her grandfather died, and a week and a half later, her grandmother was diagnosed with late stage cancer.

“My grandma went through such a long, rough time being a caregiver for my grandpa,” wrote this young woman, “… and now this.” 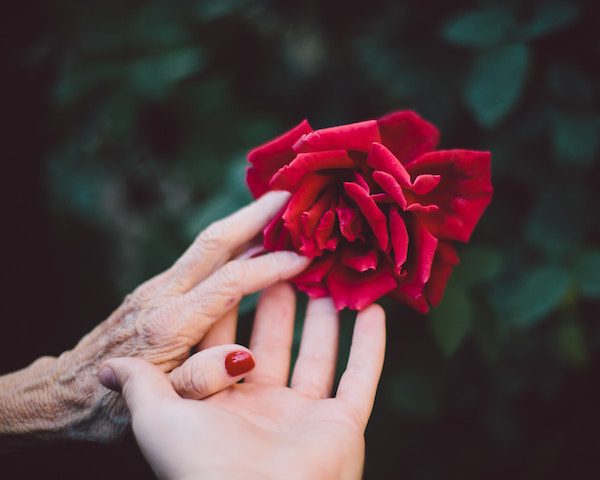 Photo by Jake Thacker on Unsplash

My friend wanted to know some of the ways our grandchildren reached out from a distance to my husband, Gary, in his final weeks of cancer.

Our situation was a little different from hers. Our grandchildren were 7, 12, and 14 as Gary was slipping away from us. Their parents encouraged them to do this really cool thing: Each grandchild wrote a letter; they were sent electronically and read to their grandfather. I framed the original copies, and the 12-year-old read his at Gary’s Celebration of Life service.

Thoughtful words captured in a note or on video — detailing what the person means to us — can be a priceless gift to the terminal patient.

My friend wanted to know how we managed family visits. “The last thing I want to do,” she wrote, “is show up and be more of a burden than a meaningful visitor.”

Every family member and friend who went out of their way in those last few months of Gary’s life was a meaningful visitor.

Children, grandchildren, siblings, cousins, nieces, and nephews came from near and far. One of our Japanese exchange students, based in Dubai as a flight attendant, flew to Seattle and drove to Oregon to spend a day with us.

The amount of people spoke to me of how loved Gary was and, even though he was a quiet man, how much he had influenced people through the years.

A couple months ago, a friend, Howard, called to say he had been diagnosed with a very rare and fast-growing cancer. The experts told him, Weeks. His wife, Chris, and their children and siblings decided to throw a Life Celebration while Howard was still alive. Family and friends who were unable to attend wrote stories of remembrances and sent videos.

The celebration was held at Chris and Howard’s place (Chris estimated 100-125 guests came through their home that day). The food was catered in, friends volunteered to oversee the serving and clean-up, and Howard had the time of his life.

A few short weeks later, Howard died. But what an exquisite gift from his wife and family — this affirmation that his life had mattered to so many people.

Could a Life Celebration for a terminal patient be done on a reduced scale? Could a small gathering of family and friends honoring a life well-lived be just as impacting as a large gathering? I think so.

My friend’s email caused me to reflect on how we can celebrate the most valuable people in our lives—now—while they’re still alive.

In her book, Bread & Wine, Shauna Niequist describes their tradition of birthday toasts where each dinner guest comes prepared to say something about the birthday person:

It’s all too rare that we tell the people we love exactly why we love them—what they bring to our lives, why our lives are richer because they’re in it.

Shauna writes about throwing a birthday dinner for Nathan, a member of her husband’s band. She tells how she watched Nathan’s face as the people around the table, one by one, spoke directly to him, and how his “expression moved from slightly nervous and uncomfortable to overwhelmed in the best possible way.”

That night wasn’t about the food. The food and the table and the laughter helped to create a sacred space, a place to give someone the gift of words.

Is it possible to honor the terminal patient while he/she is still with us? And what about the other people in our lives who have reached a celebratory-worthy milestone?

Gatherings, appetizing food, burbling stories and laughter, words spoken or written in love — to mark the date, to acknowledge the person, to celebrate their life: A gift beyond all monetary value.

I’d love your input: In what ways have you celebrated the people in your life?

How to be gritty

Hello, my name is Marlys Johnson Lawry. I’m a speaker, award-winning writer, and Chai latte snob. I love getting outdoors—would rather lace up hiking boots than go shopping. I have a passion for encouraging people to live well in the hard and holy moments of life. With heart wide open.
Read More